We're here for you. 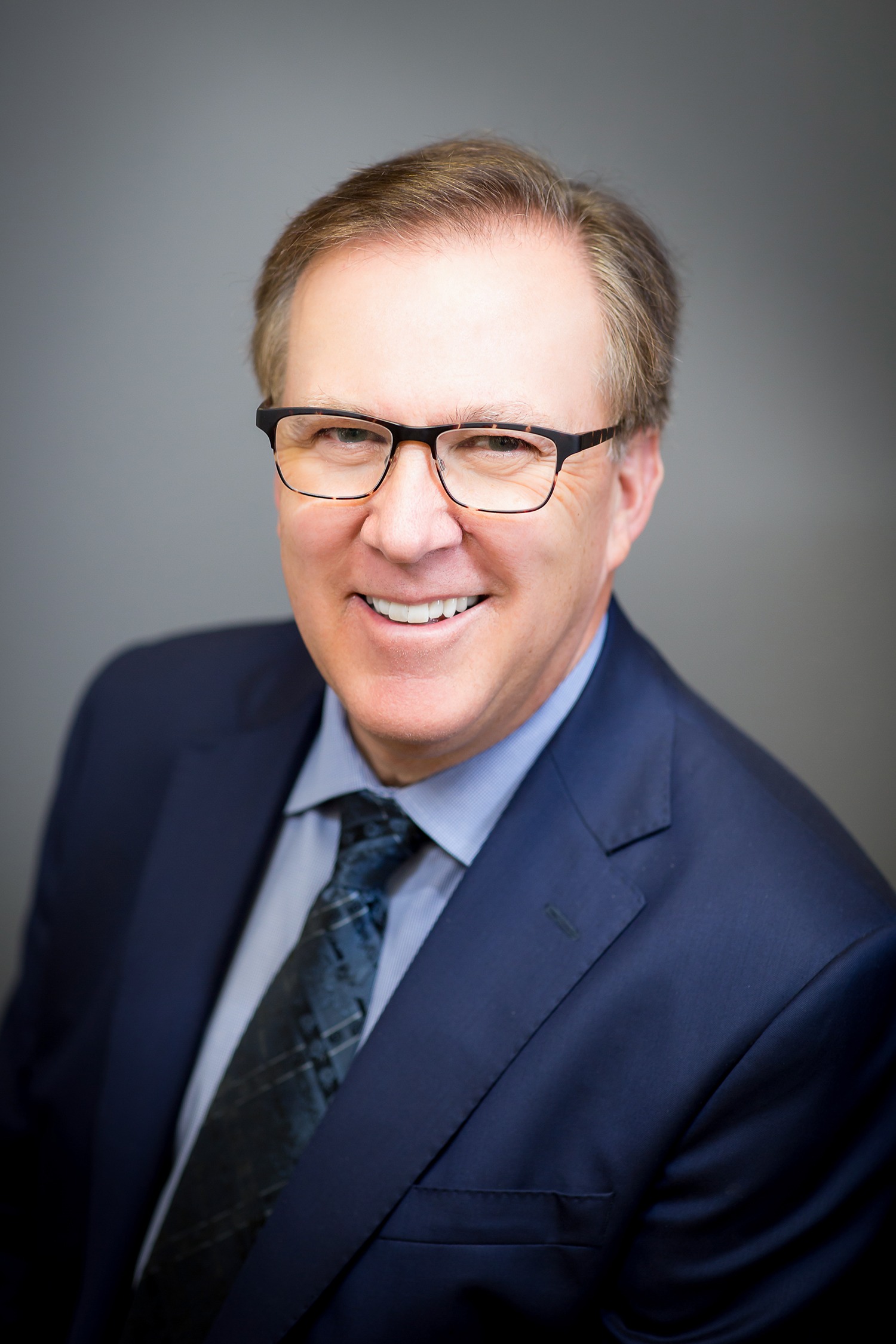 
Bill Bell is the founder and President, of Bell Financial Inc., an organization built on his unique vision that speaks of values, relationships, and dreams. Bill is also the author of two books. Simple Money (2007) is a simple yet powerful guidebook in the search for true wealth, and a refreshing perspective on the role of the financial tools we use. One Step to Wealth (2000) is a provocative and intriguing look at our often distorted view of money and a focused reminder of the importance of knowing what we want.

Bill spent four years teaching secondary school mathematics before joining the Paul Revere Life Insurance Company in 1984 in search of greater opportunities. He then set his sights on senior management and spent six years as General Manager of the company's Toronto operations gaining widespread recognition as one of Canada's most respected authorities on disability insurance.

In May 1996 Bill set out to pursue yet another dream, that of owning his own financial planning business, and of running his business using principles instead of profits as the guideposts. This was, and still is, an interesting experiment, that by all measures is working incredibly well.

Bill has published more than 100 articles on a variety of topics including wealth management, financial planning, insurance, and observations of the human condition. As a polished speaker and insightful industry observer, Bill is often called upon to address groups both large and small inside and outside the financial industry and he consistently garners high praise for his professional, compelling and entertaining presentations.

Bill resides in Newmarket, Ont. with his wife Ellen and they have three daughters, Leah, Deandra, and Alexis and five grandchildren (so far). 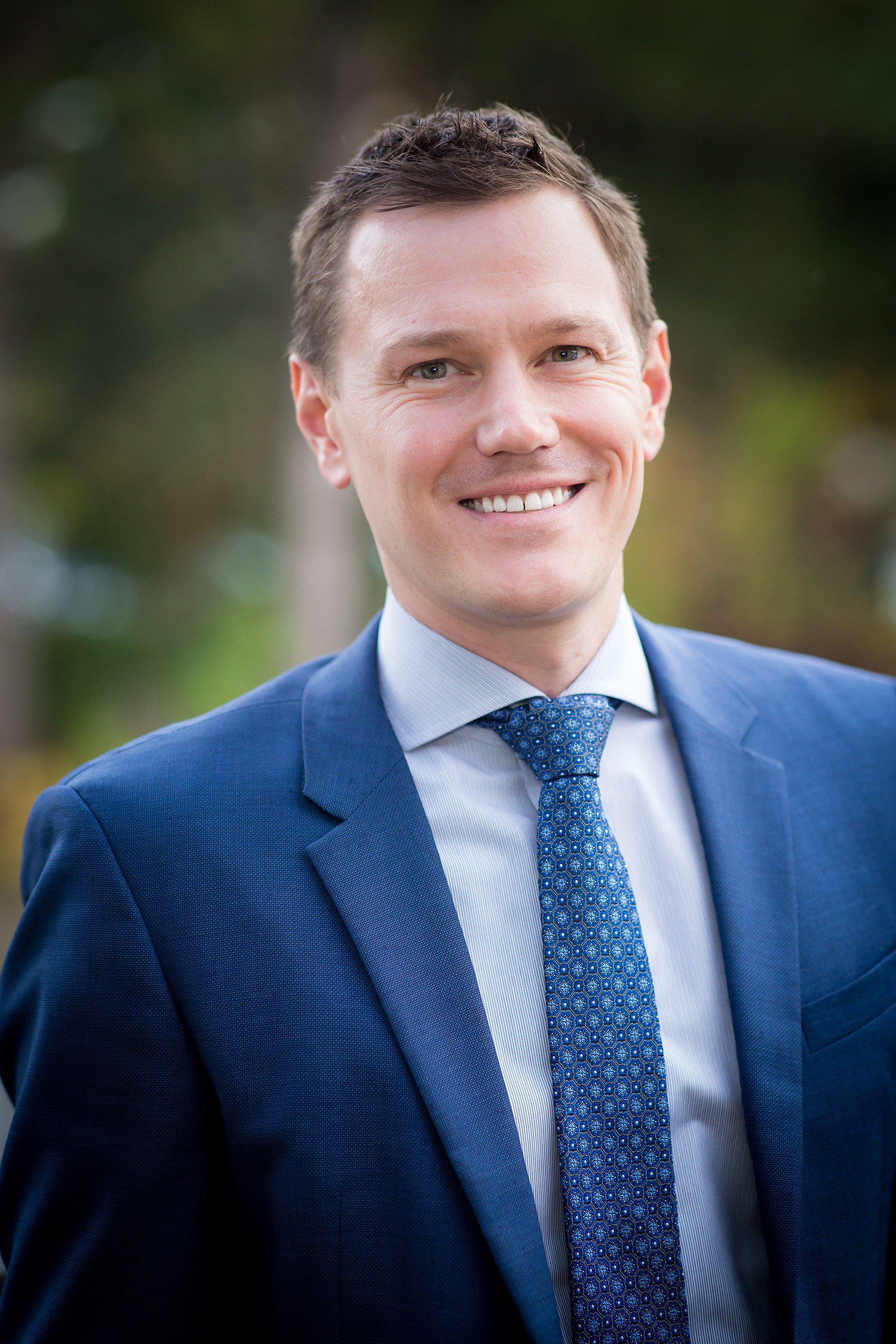 
In 2011, Jon left a successful career as a Professional Engineer, where he worked on asset management and business improvement projects, to join Bell Financial. The driving force behind this change was to work closely with clients and help improve their lives through sound financial planning and advice.

Along with the support of his team, Jon won the Distinguished Young Advisor Award in 2017, a national award recognizing strength across eight criteria, and was a guest speaker for the DAC Conference in Kelowna, BC. In 2020, Jon was one of 32 nominees chosen for the Investment Industry Association of Canada's (IIAC) Top Under 40 award. The IIAC support over 30,000 licensed professionals across Canada. He enjoys learning as well as sharing what he has learned and has participated as a guest speaker for many financial services industry events.

Jon believes in the importance of staying connected to his community and spent over 8 years leveraging his professional strengths as a volunteer board member for the Rose of Sharon, a local not-for-profit assisting young mothers and their children. For this work, Jon has received Outstanding Volunteer Achievement recognition several times, from the Government of Canada and the Newmarket-Aurora local MP.

Jon is a licensed Portfolio Manager, Financial Advisor, and Insurance Agent. He has Bachelor of Science in Engineering from the University of Guelph and a Master of Business Administration (MBA) from Wilfred Laurier University. He holds a Certified Financial Planner (CFP) and Chartered Investment Manager (CIM) designation.

His focus will continue to be helping people and growing Bell Financial sustainably through the core values of integrity and service that the organization was founded on in 1996. Jon currently lives in Holland Landing with his wife, Leah, and two boys Rowan, and Callum, who all bring energy and optimism to his life every day. 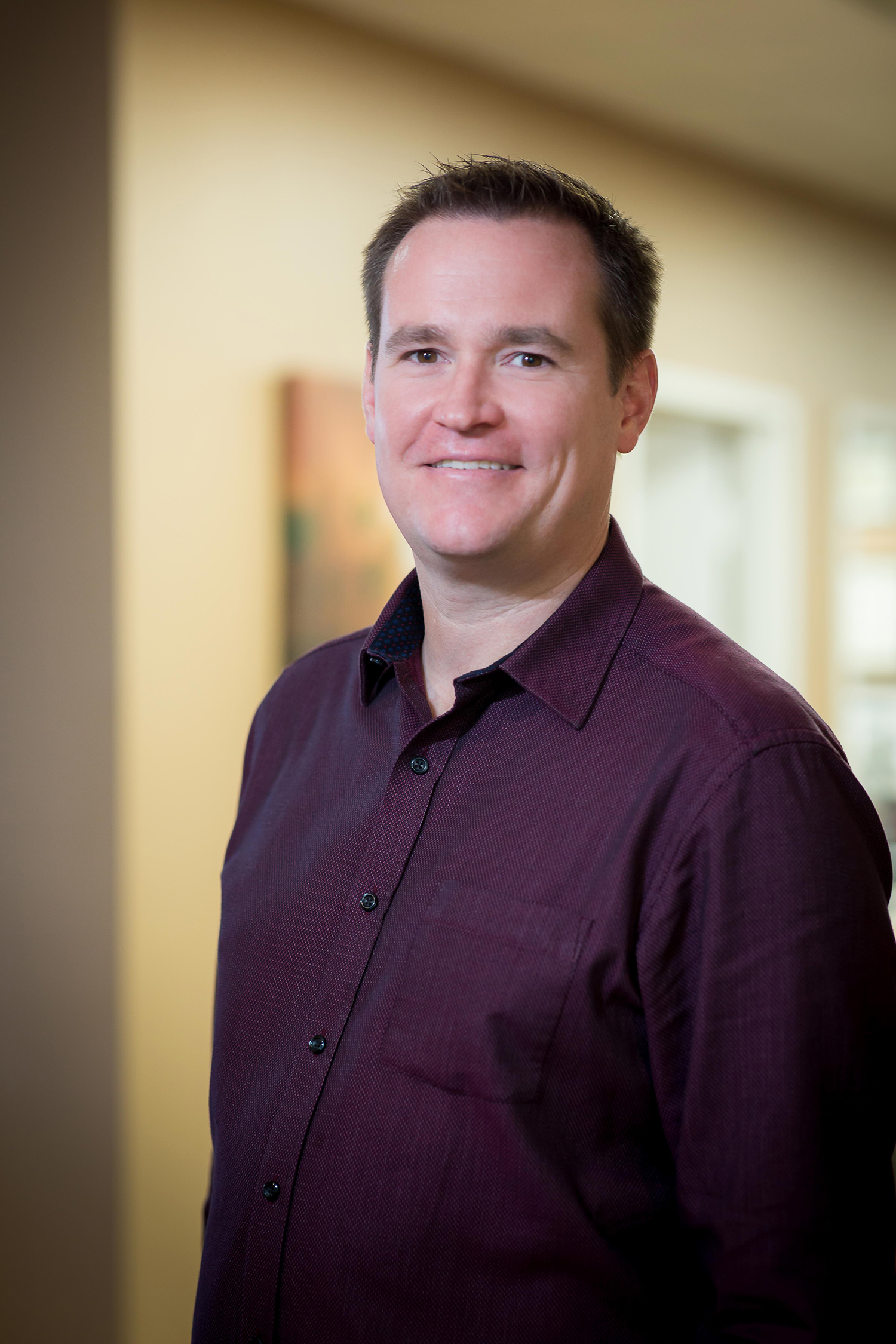 In his current role as Financial Advisor Associate, Nick provides financial planning support to Bill and Jon's clients. His dedicated knowledge of the business allows him to assist to clients in all aspects of the products and services we provide, with a focus on investment products.

In his spare time, Nick is an avid golfer who enjoys painting 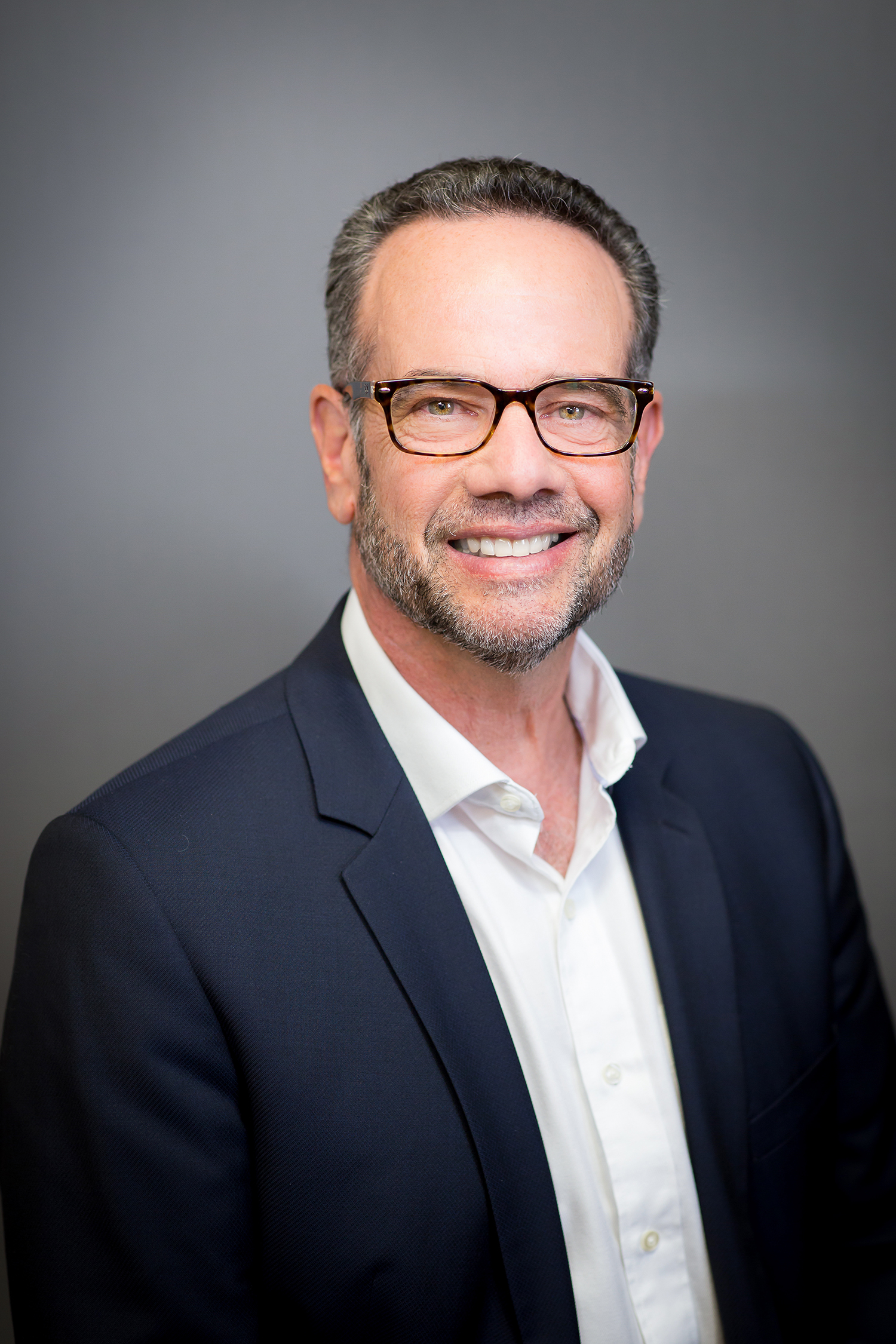 
After having seen his fiftieth birthday and twenty-fifth anniversary in business hurtle past with frightening speed, David recently found a quiet spot to sit and reflect on The Meaning of Life.  It was, mercifully, a short sit, for his back often seized up when sitting cross-legged for extended periods of time.  In taking stock of his life as it was, he noted with pride that his two children were growing into fine young men, and would soon embark on their personal Journeys of Discovery.  He was thankful that his health complaints were modest and manageable.  He loved, and was loved.  And he still woke up every morning looking forward to going to work.

Since 1986, David has built a successful benefits advisory practice by offering his clientele a commodity that has become increasingly rare: a relationship built on mutual trust and respect.  His hands-on approach has attracted small to medium sized companies in both the for-profit and not-for-profit sectors.  David is especially excited about The Benefits Alliance Group (formerly E.B.A.I.), Canada’s largest alliance of independent benefit advisory firms.  Its 42 member firms across the country represent over 4,000 employers and manage $350 million in group insurance premiums as well as over $3 billion in group retirement assets.  David can offer his clients the best of both worlds: a high-touch, intimate relationship backed by a very large and powerful national presence that ensures that he can deliver the best advice at the best price.

Having counted his Blessings, and having determined that they were plentiful, David finished his reflections on The Meaning of Life for the time being and headed off to his massage therapist to ease his aching back. 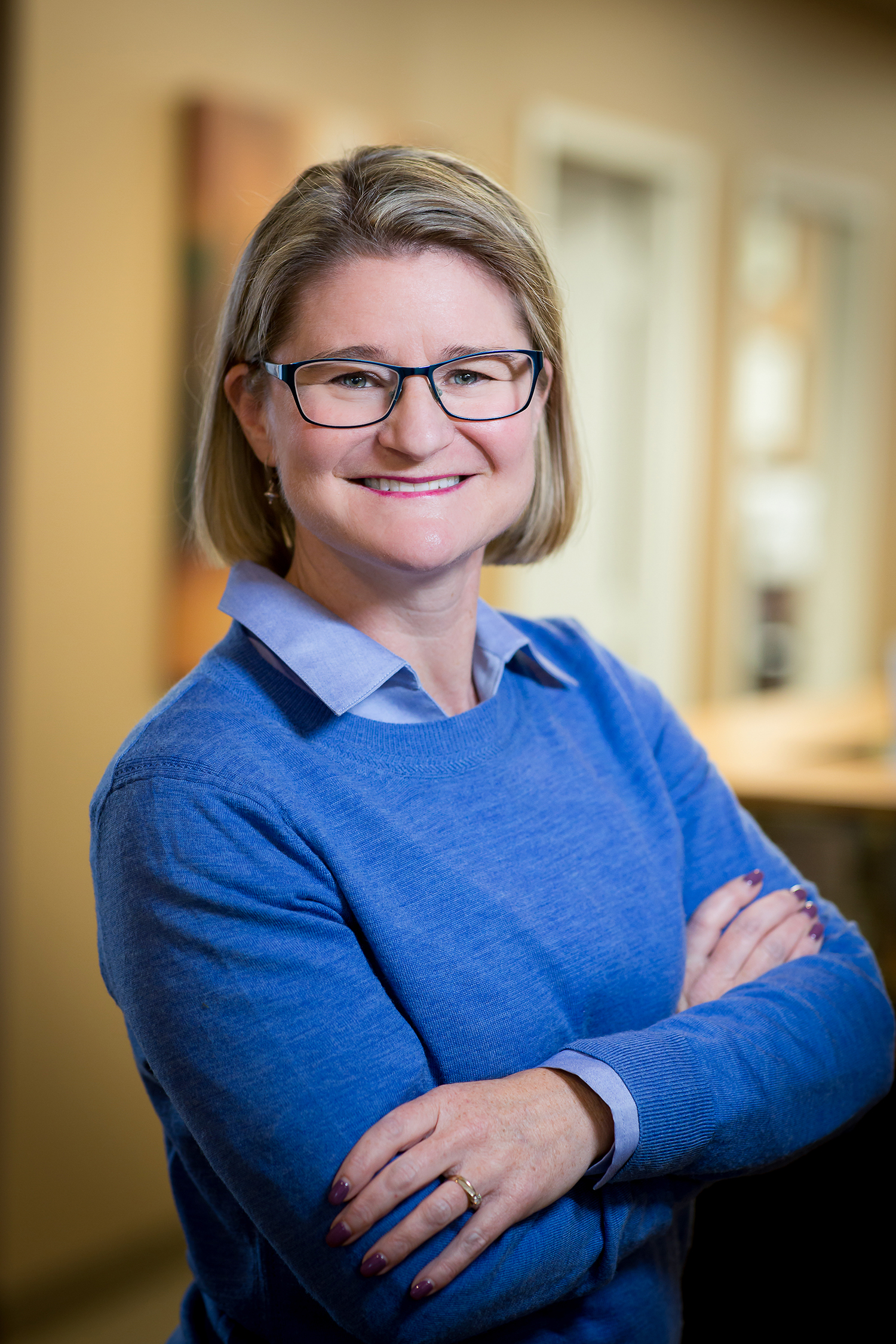 
Our office manager, Sonia joined Bill in early 1997, shortly after Bell Financial was founded, and has been in charge of all administration services ever since. Most of us credit Sonia with setting the tone of our office, which you all know to be very efficient and most congenial.

Sonia is married to Rob and they have two children, Patrick and Thomas. 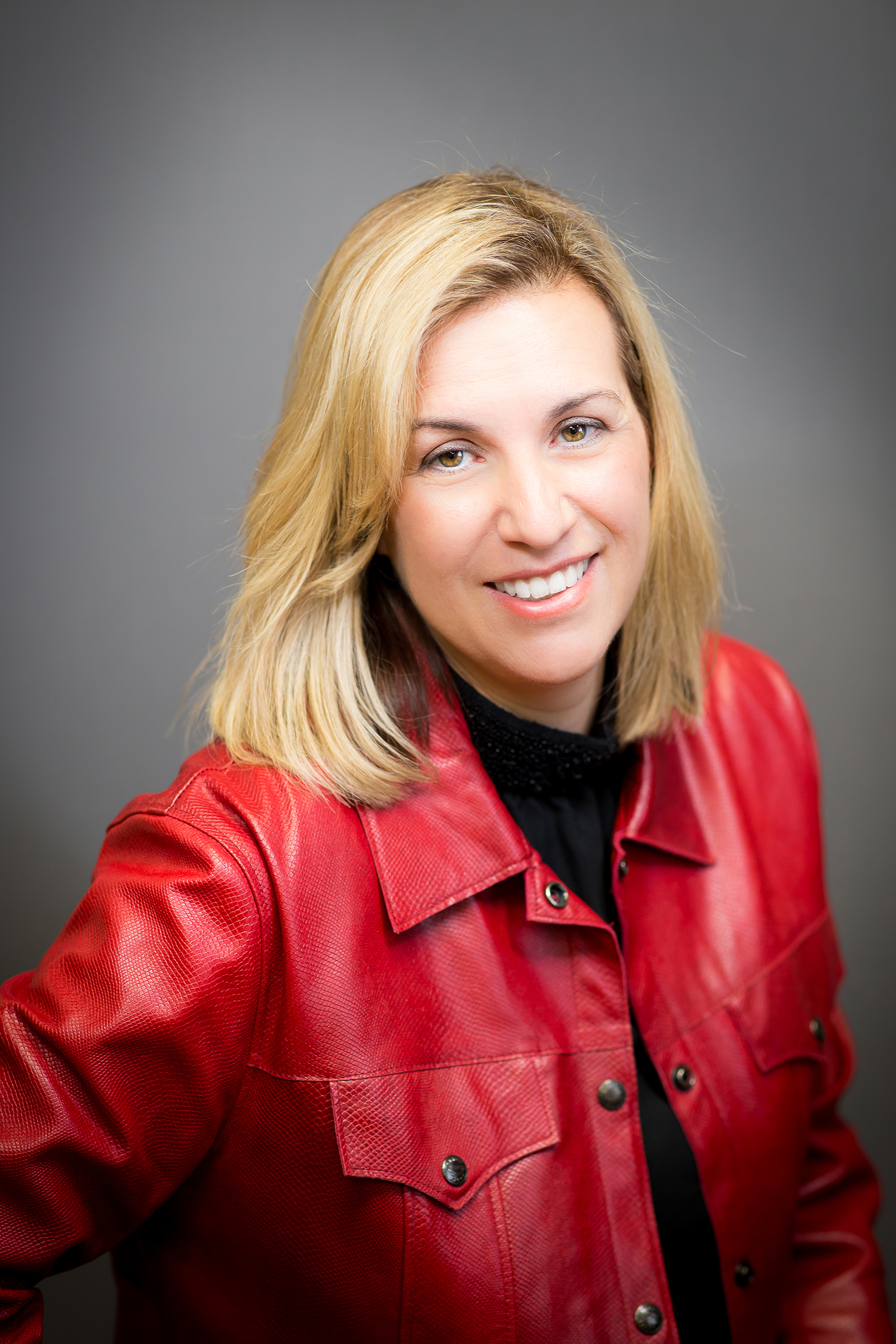 
Gloria's primary role is that of Bill's assistant. She knows Bill well, having worked with him for 12 years with a major disability insurance company. Gloria joined Bell Financial in 2001 to help keep Bill organized and busy, and instantly became an invaluable asset.

Gloria is married to Cosimo, a pharmacist, and they have one child, Daniel. 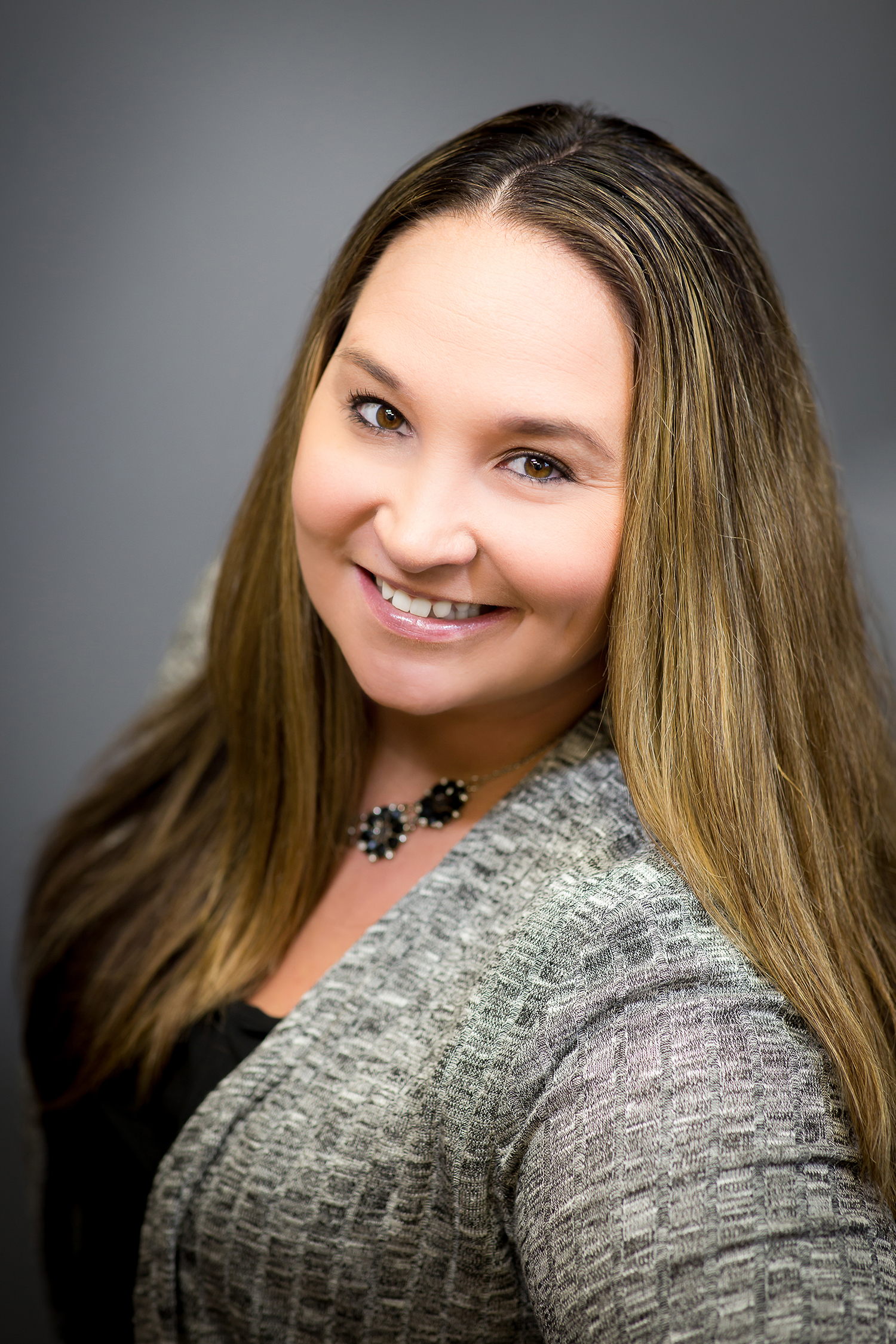 
Liz joined Bell Financial in December 2008 and has assumed the role of Group Benefits & Insurance Administrator, looking after the needs of our many group businesses. Her ability to learn quickly and pleasant personality have led to many compliments from happy clients.

Liz is a graduate of Guelph University and lives with her young family nearby in Barrie. 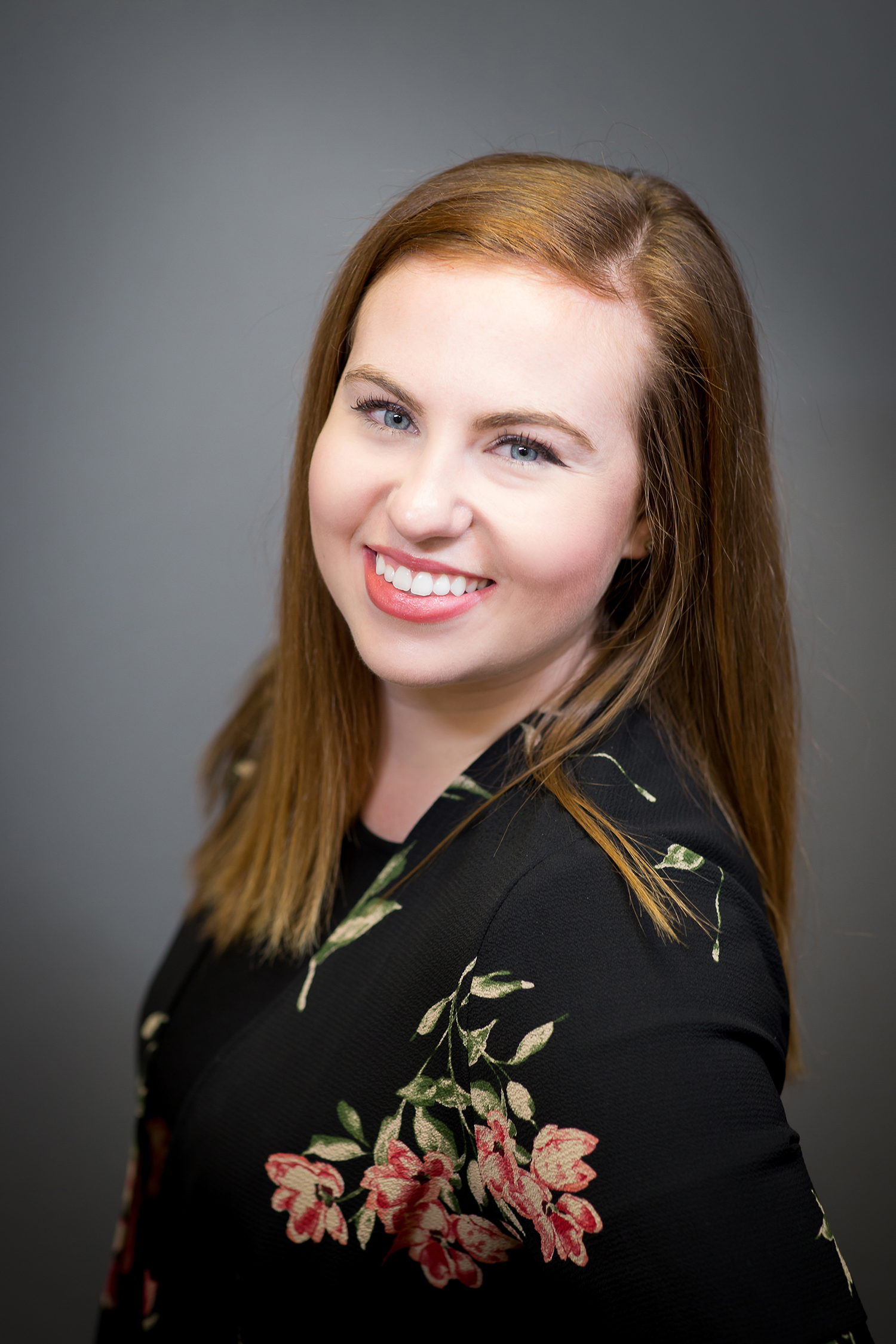 
Brittany completed her undergraduate degree in Business Administration at Bishop’s University. She has been working in the financial services industry for over 5 years, and is always looking to broaden her expertise in the field. She enjoys learning new things, and keeping up-to-date with industry changes and trends.

Brittany has been working with our administration team for a few years now, alongside Sonia, Denise, and Brandon. She is transitioning to an associate advisor role, working alongside Bill and Jon to support our clients, and grow Bell Financial sustainably through the core values of integrity and service that the organization was founded on.

In her free time Brittany loves to ski, golf, and play with her puppy. She currently lives in Newmarket with her partner, Joe, and their mischievous chocolate labradoodle, Gouda. 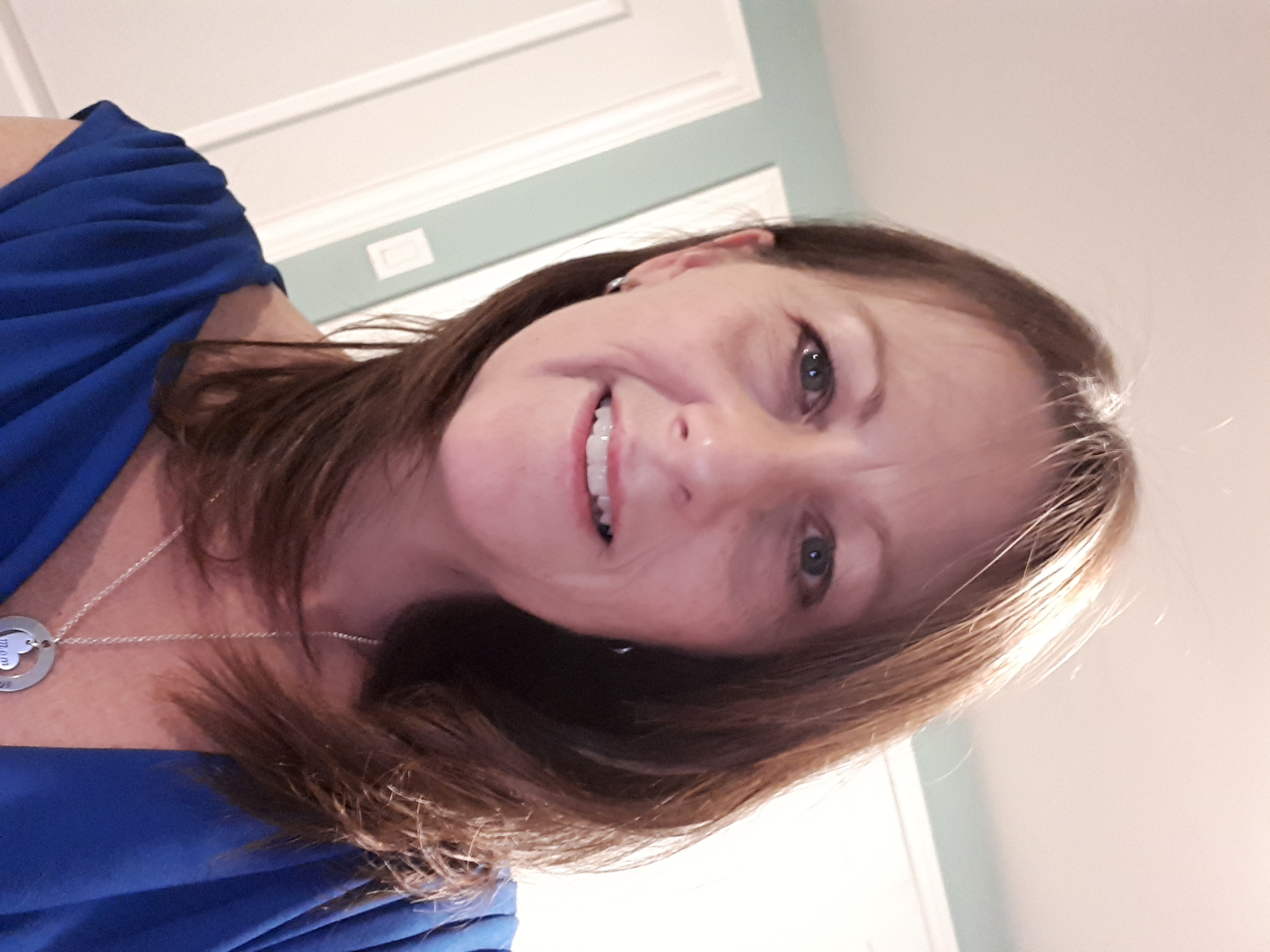 
With nearly two decades of experience in financial accounting and analysis Denise has quickly become an asset to the Bell Financial team. Denise graduated from the University of Western Ontario with a BA in Economics. She got her life licence in 2015 and brings this valuable knowledge to our team. Denise lives in Newmarket with husband Dean and children Hannah & Rhys. She enjoys long walks and volunteering in her community. 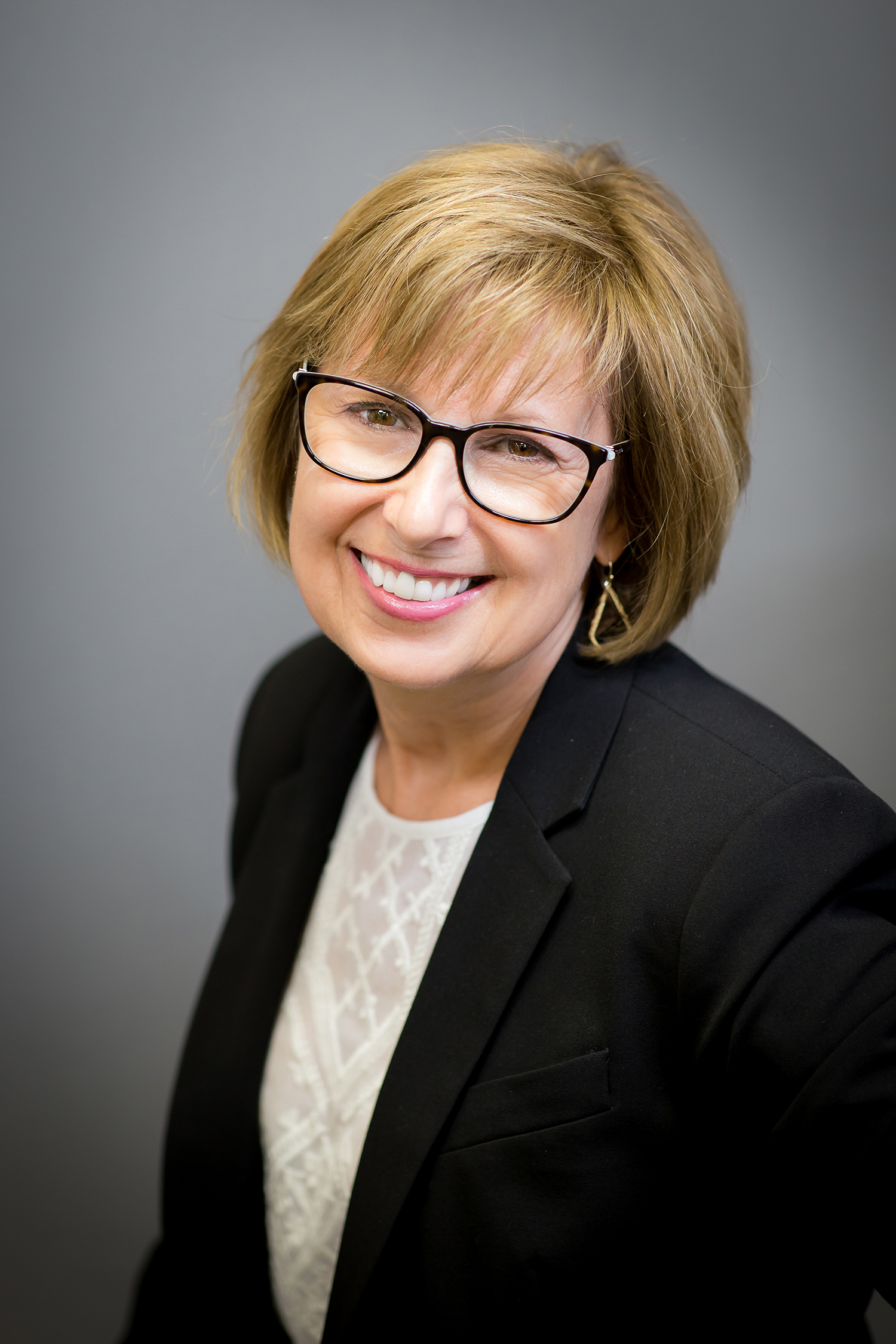 Ellen has been an integral part of Bell Financial since its inception in 1996. Her primary role is that of company comptroller, but she is also an important voice on the management team and takes a lead role on many projects. 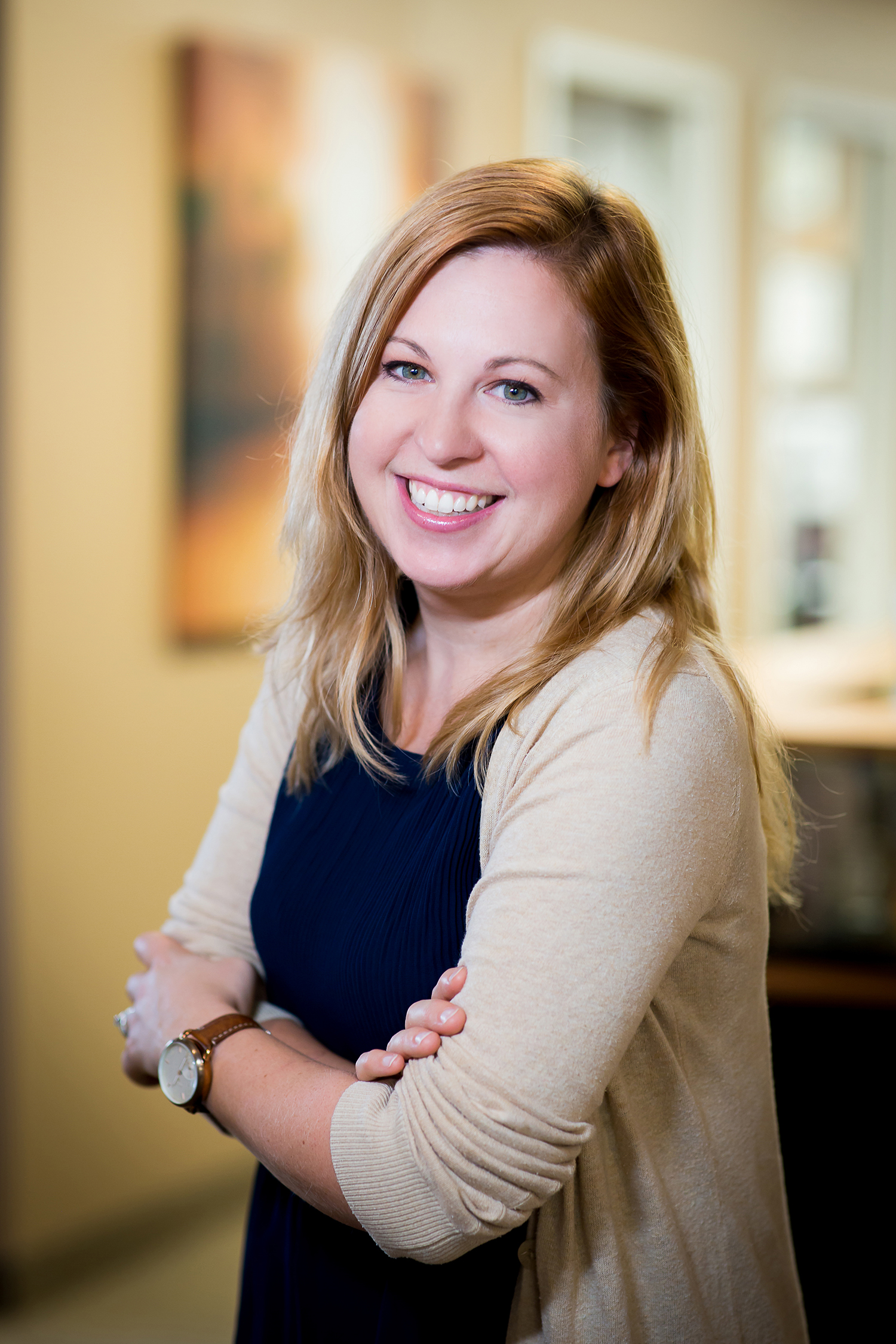 
Leah is a Guelph alumnus whose work history includes time as a waitress, a party coordinator, and briefly as a pirate. She has a post-graduate degree in video journalism and previously worked in corporate video.

As Bill and Ellen's eldest daughter this isn't the first position she has taken at Bell Financial but it is the most permanent.  As social media and marketing manager Leah works on the computer all day doing who knows what.

When Leah isn't working she's usually found having a wild dance party with her two crazy boys Rowan and Callum.

Almost forgot she is also married to Jon. 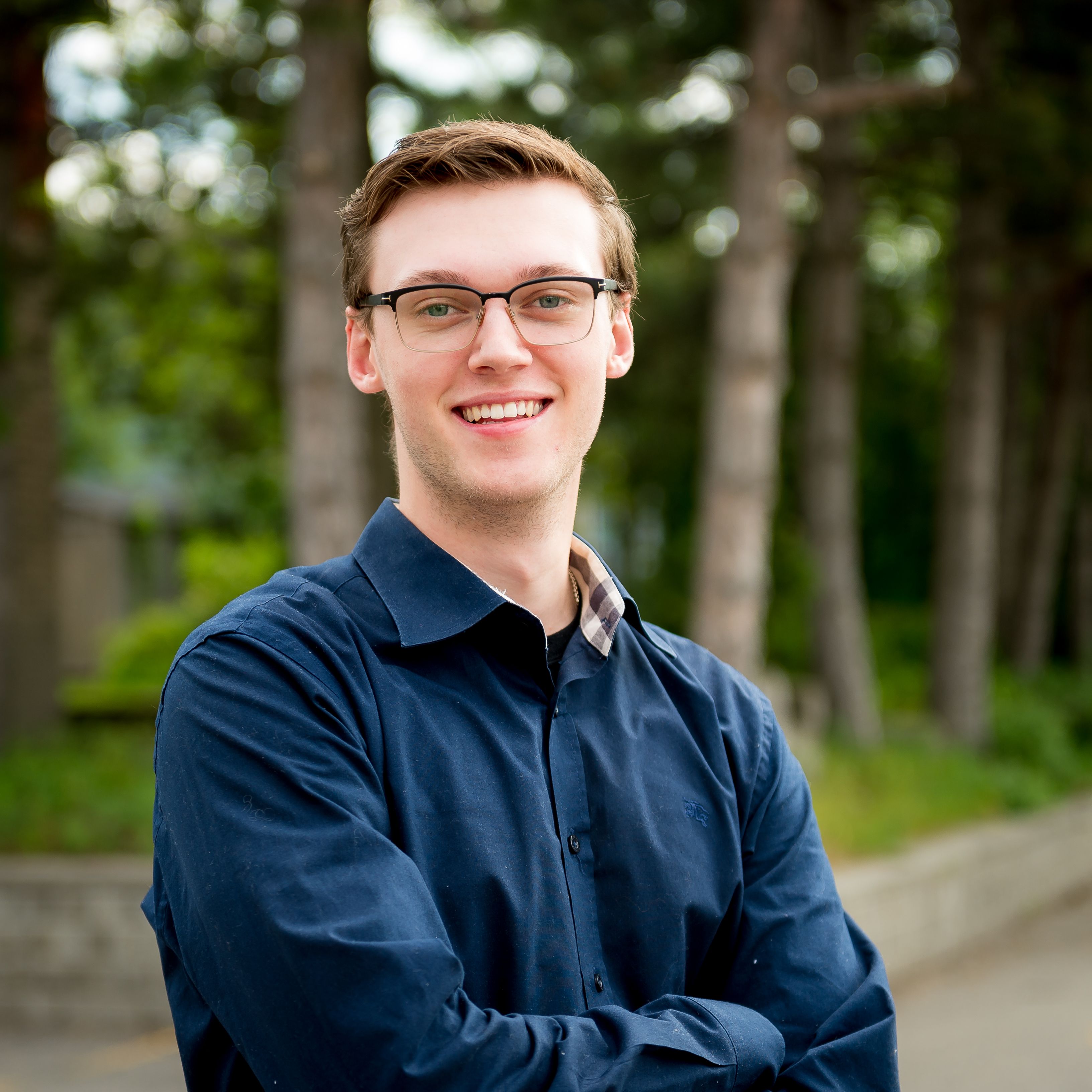 
Brandon graduated from Western University with a bachelor of management and organizational studies majoring in finance in 2021. He is currently working and studying to upgrade his role within Bell Financial.

Brandon grew up in Aurora and currently lives in King City. He enjoys basketball, golf, snowboarding, and wakesurfing.