After being home for almost a year with my little boys, I’ve noticed that their interests come in waves. We see it fast approaching as a new season of Jurassic Park Camp Cretaceous appears on Netflix. Then it hits us so hard we are knocked off our feet and I find myself humming the Jurassic Park theme in the shower. You know the one. It’s in your head now too. Well everything has been Indominus this and Velociraptor that. Don’t even get me started on the mighty T-Rex. Our favourite actor is Chris Pratt and our favourite song is the score of a movie that came out when I was eight years old.

There is one interest, (or obsession may be a better word for it), that our six year old has maintained since he discovered it’s magical properties and that is money. We have more than once found him sleeping on his floor surrounded by his entire savings neatly organized into piles. He carries a wallet with him at all times in case there is anything he’d like to purchase at the creek behind our house. But the craziest thing is that he never spends it. He is scrooge McDuck and he won’t be parted from his money.

I know a lot of people know this, but in my early twenties I did a postgraduate degree in video journalism and documentary film. Now like most parents of small children I try to balance my job while assisting my kids in their online learning. I am not home schooling them by any stretch of the imagination but instead I’m like their teacher’s hype man. “AND NOW BACK ON THE STAGE…I MEAN COMPUTER…FOR THE SECOND TIME TODAY TO TALK TO YOU ABOUT THE AMAZING WORLD OF 3D SHAPES… GIVE A WARM WELCOME FOR MRS. L!!!!!!!!” It’s a challenge to serve up a half hour of watching other kids mute and unmute their mics on a tiny screen with a teacher who you can’t hear or see well. Especially for kids who have seen Jurassic Park so many times. Now that is a solid 2+ hours that my 4 year old will sit still for.

You may be asking yourself, now how does this all relate? Well, since we’re all here together for an indefinite amount of time, our money-obsessed six year old has decided to start a show to help other people with their money. He’s got a lot of great advice and has a financial advisor for a father and for a grandfather. Lucky for him his mom (me) was keen to dust off (they were DUSTY) her video production skills and make it happen. 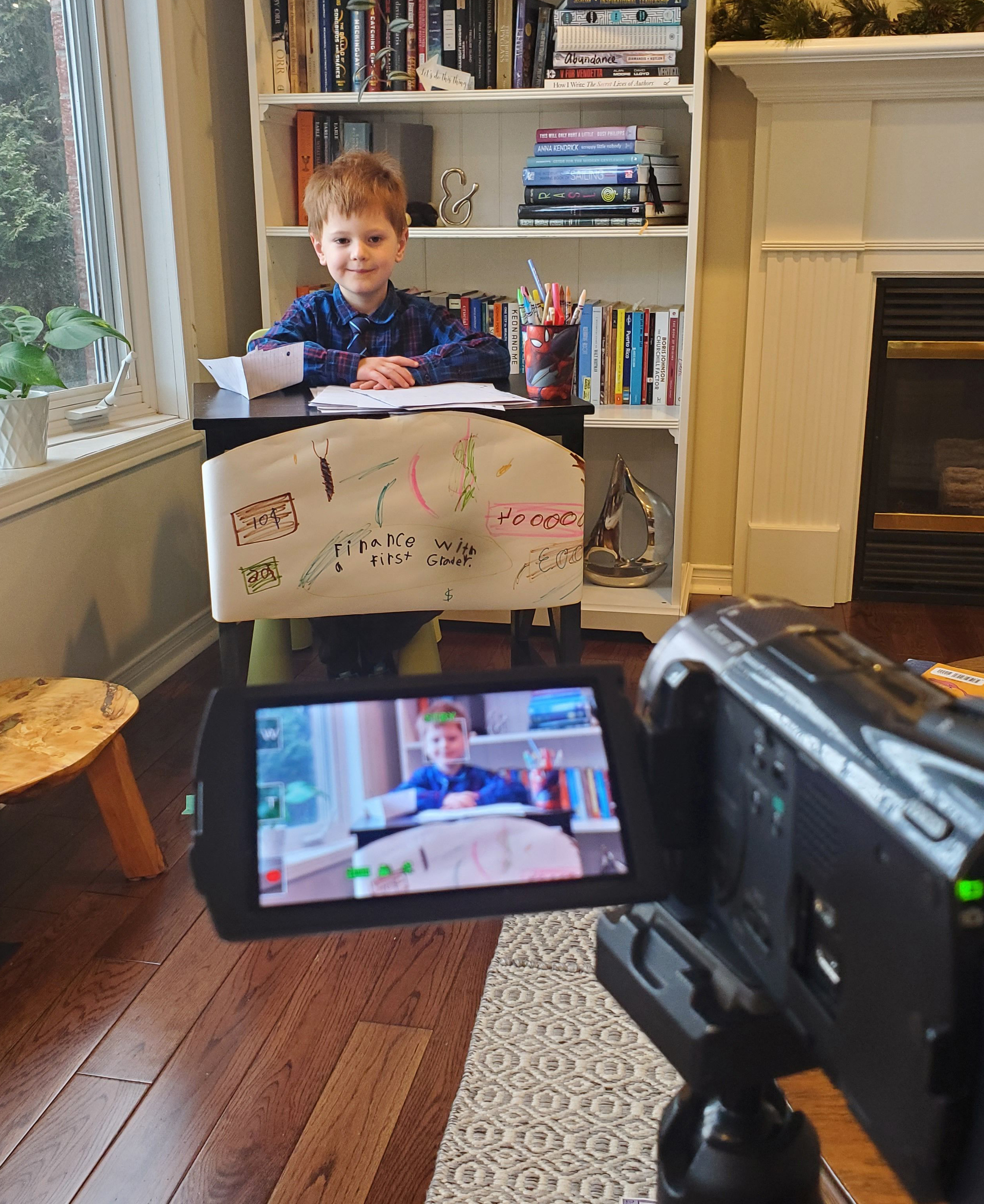 SO without further ado… Check out Rowan Earle’s debut in Finance with a First Grader!

Send us questions and stay tuned for episode 2!