In 1941 my father joined the army.  He was 20.  Shortly after joining the army he got Scarlet Fever and that kept him from going overseas and potentially into battle.  He ended up driving a military truck out of Base Bordon west of Barrie.  He met Garnet who was also stationed there who introduced him to his sister Phyllis.  My dad married Phyllis in 1942 and many years later, I was born.  It’s interesting to think that I may owe my life to Scarlet Fever. 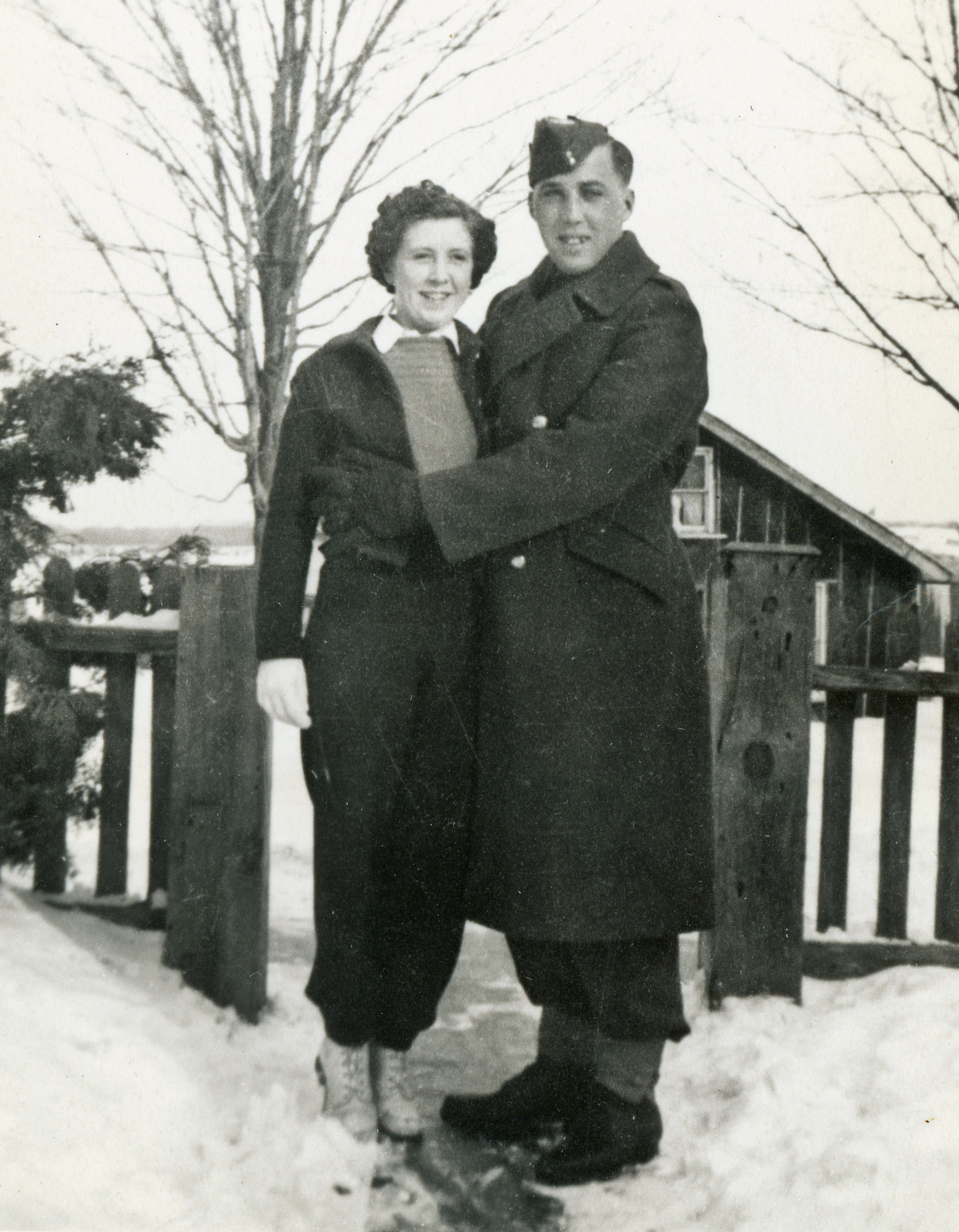 The current pandemic is clearly a tragedy unfolding before our eyes and I am firmly in the camp that believes we should be doing all that we can to reduce the cost of human life at any price.  Hopefully we are.   It’s easy to feel as though we are drowning in an ocean of bad news that seems to get deeper with each passing day.  And it’s hard not to extrapolate that into an end of the world scenario.  Human history is checkered with similar stories and while the costs, in human life, suffering, financial and every way measurable is different each time, they all have ended, as will this.  Ending however doesn’t mean that there isn’t lasting change.  There usually is and it’s safe to say that in that respect this time won’t be different.

It’s interesting to ponder how the world might be permanently changed when we get back to “normal.”  And it’s exciting and comforting to look towards the light and wonder what things will change for the better.

For the first time in our history, we are united against a single enemy.  All 7.7 billion of us are in this together.  Perhaps this is preparing us for an alien invasion.  Or perhaps this is a massive nudge that will help us all see that “what’s good for me” isn’t nearly as important as “what’s good for us.”   Think of the things that could change if that sentiment prevailed.  War, poverty, climate change, the list is endless, and my heart soars with the hope that this may be possible.

But the changes we might see collectively are much less in our control than the things that will change for us personally.  And at a time when all control appears to be taken away from us, it’s important to remind ourselves that there is one thing over which we have complete control and that’s how we respond.

Crisis like this don’t knock, they come barging in without welcome.  Opportunities on the other hand knock on our door and wait for us to answer.  And opportunity is knocking right now.

There are countless ways that we can seize this opportunity and change the direction of our lives.  It might be a change in your diet.  Maybe you are establishing a fitness regiment in your basement. If you are among the many who suddenly have time on their hands there might be books you planned on reading, or hobbies that you hoped to learn more about.  Maybe it’s time to dust off that piano.  And we should all re-examine the role that social media plays in our lives and consider the benefits we are realizing simply by slowing down.

Only you can decide what’s important and worth making the effort to continue long after COVID 19 is just a memory.  Science claims that it takes 21 days to form a new habit.  Some new habits are starting to form already.  Are they the ones you want to become part of you?  You need to do just one thing, but it’s surprisingly difficult.  You need to decide.

When my father was 47 he once again got seriously ill.  This time it was an unidentified “really bad flu” that kept him in bed in a delirious state for more than 5 days.  The family doctor (who literally lived around the corner) made several visits and I remember well his sombre tone as he came out of my parent’s bedroom with his head down and then spoke in hushed tones to my Mom and older sister.  It was hard for a 12 year old boy not to feel that I was going to lose my dad.  I was scared.  My father recovered.  And after almost a week of being sick, and realizing that he hadn’t had a cigarette in all that time, he decided to quit smoking.  The illness gave him the start he needed, and he made the decision to continue down that difficult path.  His life, and mine, were very positively affected by that choice.

We make decisions every day based on our beliefs about the future.  Today, I encourage you to consider the lasting impact of the choices you are making and make those choices not based on the darkness that surrounds us at this moment, but rather in the light that is just ahead.

I wish everyone hope, health, and courage as we look towards that bright future together.